And now for something completely different...

Those of you who know me won't be surprised when I say that I cut my teeth on Agatha Christie. By the time I was 12, I had read forty-two of her mysteries. This put me one book ahead of my friend, with whom I was competing to see who could read the most Hercule Poirot and Miss Marple mysteries over summer break.

In the years that followed, I discovered Raymond Chandler and Ruth Rendell, Robin Cook and Jonathan Kellerman, Tess Gerritsen and Dennis Lehane.

Eventually, of course, I expanded my reading repertoire to include other genres--most notably, romance, which is what I write.  But my first love was mystery.  So it is with great pleasure that I introduce my guest today, Robert Germaux. Robert's new book, Small Talk, is now available on Amazon. 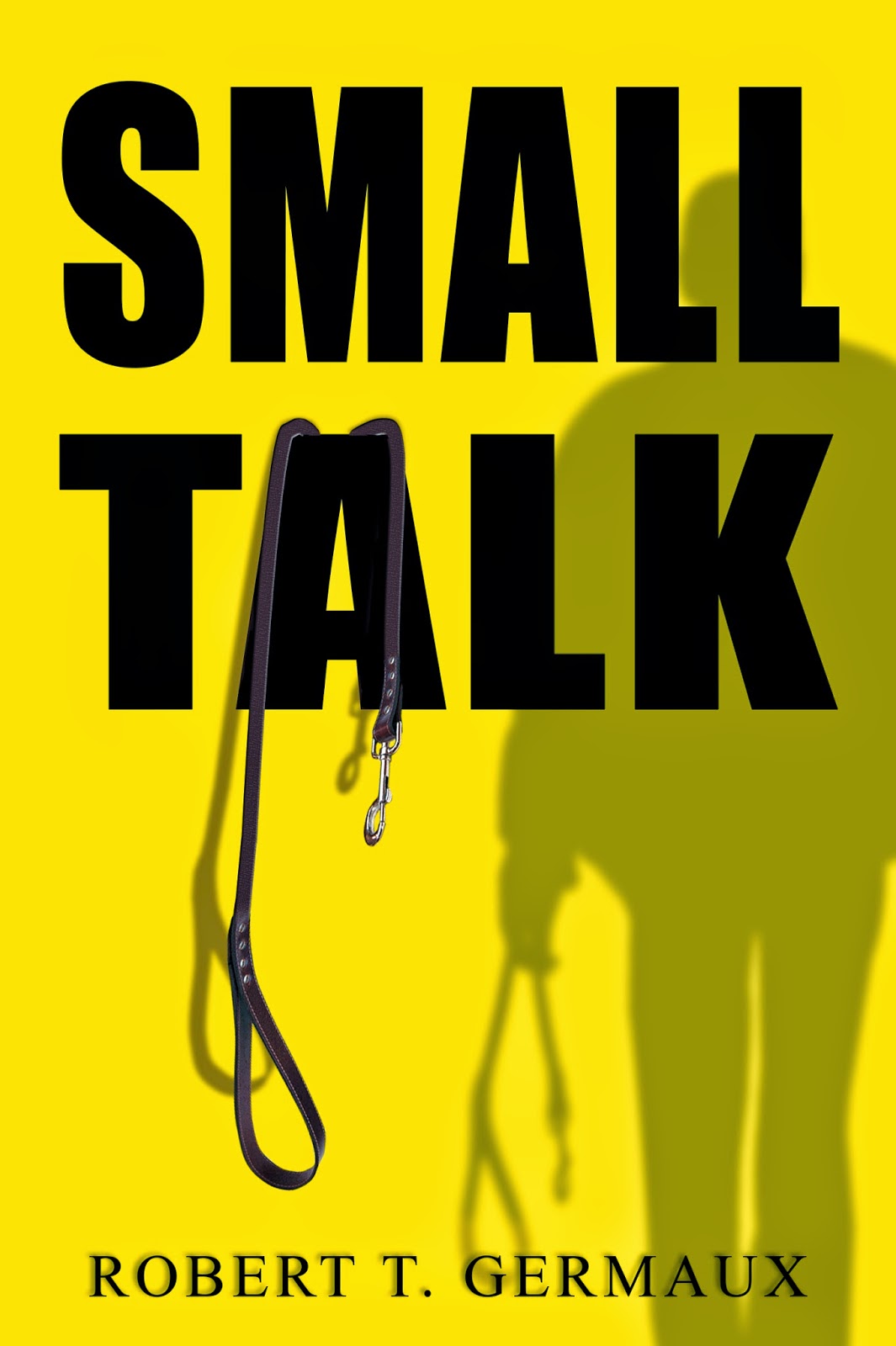 
A serial killer has the people of Pittsburgh on edge, and Detective Daniel Hayes and his hand-picked Special Assignment Squad are working feverishly to solve the case before more innocent lives are lost.  But the killer proves to be a formidable foe, whose viciousness appears to be matched only by his ability to elude capture.

Throughout Small Talk, the reader is given glimpses into the mind of this cunning and sadistic murderer, an individual who seeks a face-to-face confrontation with his pursuers, a confrontation Daniel is only too willing to provide.

Robert Germaux and his wife, Cynthia, live outside of Pittsburgh. After three decades as a high school English teacher, and now a good many years into retirement, he is beginning to have serious doubts about his lifelong dream of pitching for the Pirates. Small Talk is Robert Germaux’s second book. His first book, The Backup Husband, is a contemporary romance novel, available on Amazon.

I see you were a high school English teacher for thirty years. That’s quite an accomplishment!  Were you doing much writing during this time?

No, I wasn’t, mainly because I was too busy grading my students’ papers, along with doing the thousand-and-one other things involved with teaching.  And to be honest, I really didn’t think of myself as a writer during those years.

What made you decide to take the plunge and publish your first book, The Backup Husband?

Pretty much just the desire to put my work out there, to see if it was as good as I hoped it was.

Why did you take the Indie route?

I’d written several books about a private detective named Jeremy Barnes, but my agent and I hadn’t been able to find a publisher for them.  I knew how popular eBooks were becoming, so I thought I’d try that route.

The Backup Husband is a contemporary romance novel. Small Talk is about a serial killer. Was this a conscious decision to keep your book genre choices open?

No, not really.  I’d had the idea for The Backup Husband floating around in my head for some time, and after I wrote it, I thought it might be the best book for my initial foray into the world of eBooks.  My other books are all crime novels, and that’s the genre I most enjoy.

What kind of research did you do for Small Talk?

I was fairly knowledgeable about standard police procedures, but I had to do a lot of research into the technical aspects of the investigation by Daniel and his squad, things like facial recognition software, etc.  I also had to educate myself about what can be learned at autopsy, which wasn’t my favorite part of the research for this book.

What would you say has been the most difficult thing about Indie publishing?

I knew next to nothing about Indie publishing, and at first, it seemed as though every time I learned something, that led to two or three other “somethings” I had to learn.  It was very frustrating.

Are you currently working on a new book?

I’m finishing the final edit on One by One, the next case for Daniel and the Special Assignment Squad.

Do you have any advice for new Indie authors?

I would recommend that they educate themselves as much as possible about the world of Indie publishing, but even more important, try to find someone who already knows all this stuff and is willing to guide you through the process.  When I decided to put The Backup Husband online, I had no idea what I was doing, which made for a long and arduous experience.  With Small Talk, I’ve been lucky enough to have Susan Barton in my corner, making the whole process a delight.